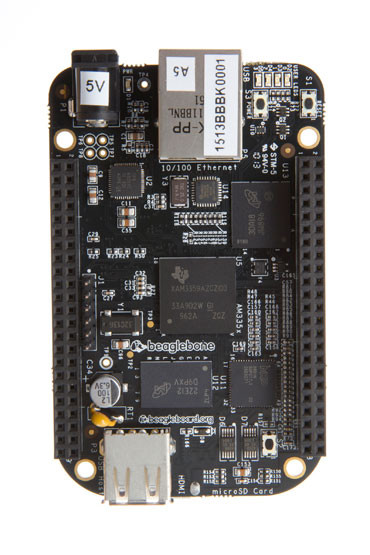 The element14 BeagleBone Black is a full featured, internet enabled development platform that utilizes the low cost Sitara™ AM3358 ARM® Cortex™-A8 processor fromTexas Instruments and runs a variety of OS including Debian, Angstrom, Ubuntu and Android. The element14 BeagleBone Black is designed to address the needs of designers, early adopters, and anyone in the Open Source Community interested in a low cost ARM® Cortex™-A8 based processor.